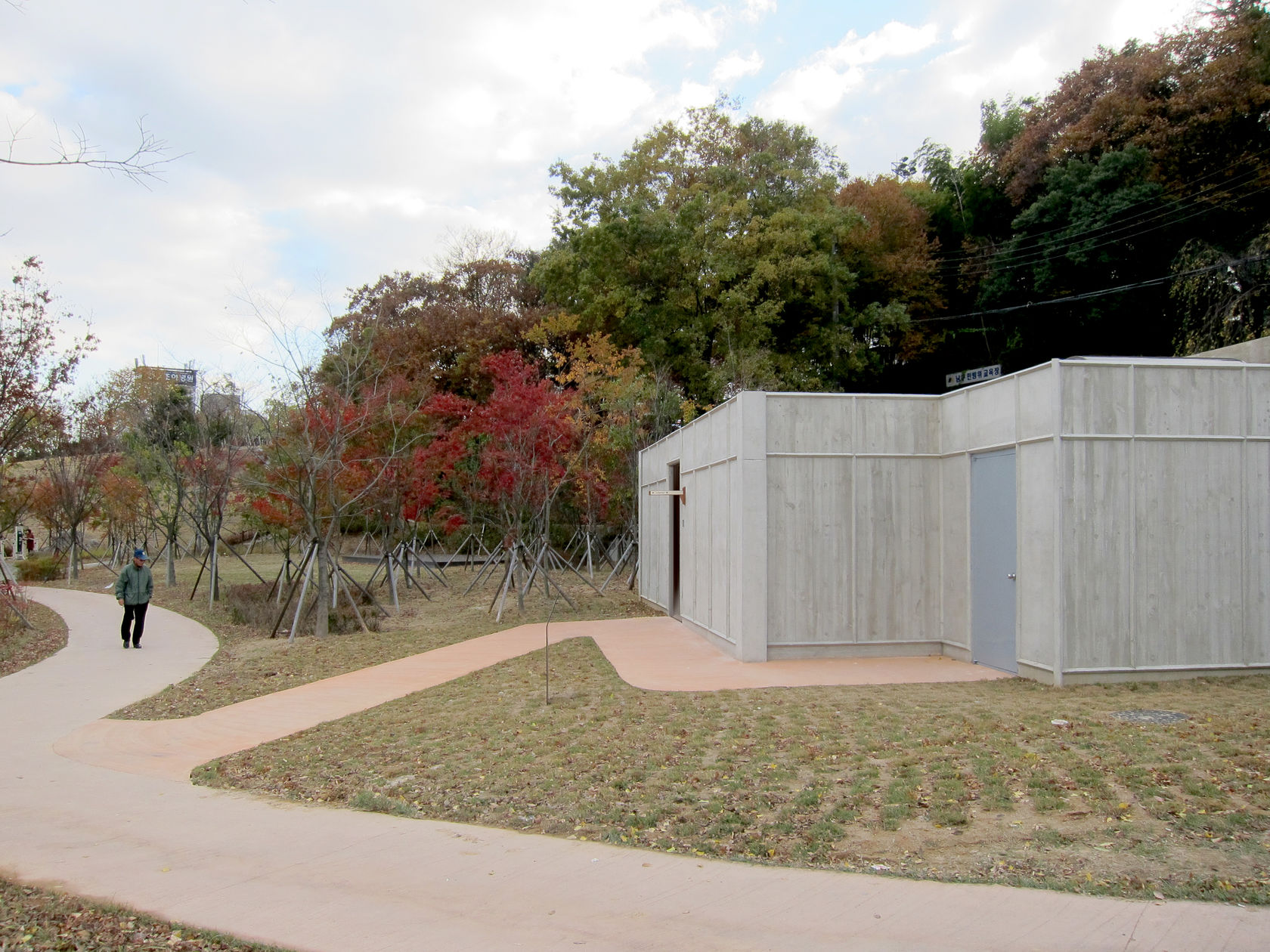 Transporting you to another place and time

Power Toilets is a series of small buildings in public space, which are art pieces as well as functional toilets. They are replicas of toilets of power institutions, e.g. the UN Headquarters building in New York and the UNESCO headquarter in Paris, which are normally inaccessible for the general public. As such, they distribute the idea of power and question hierarchical structures by turning the most un-public spaces of these power structures into public restrooms, offering everyone to freely use the same toilets as the world’s most powerful leaders. 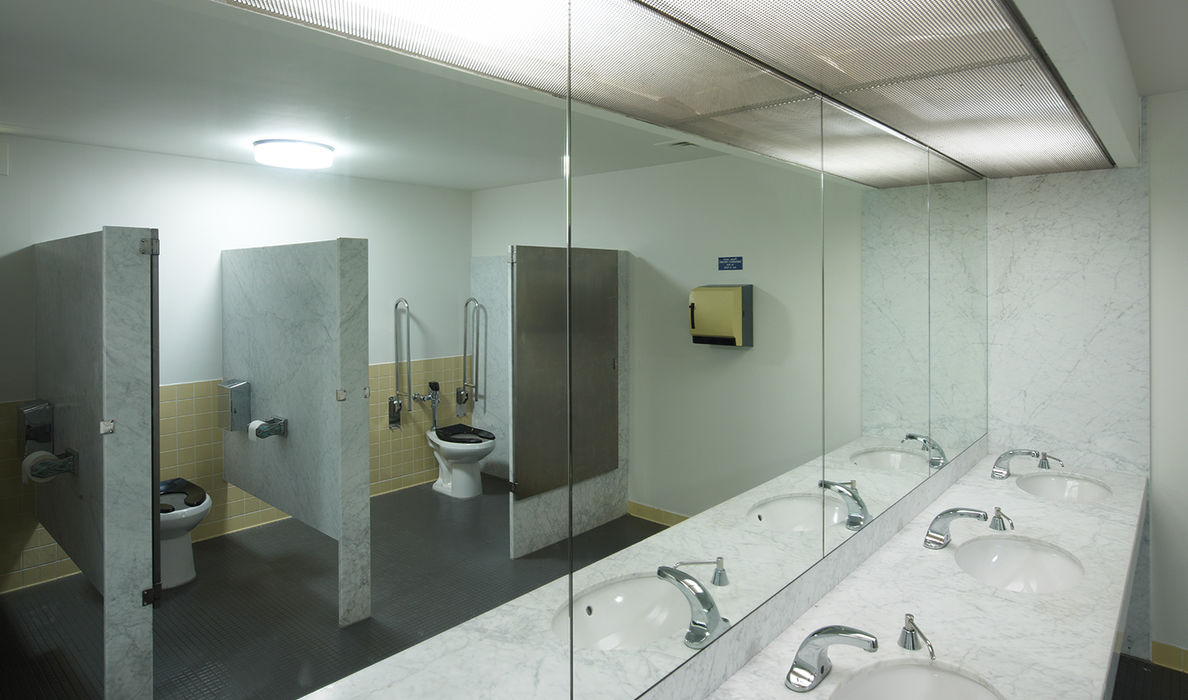 Power Toilets have been realized in different forms in different parts of the world. Reconstructed based on mobile phone photos taken secretly by staff members, copies of the toilets in the United Nations Security Council, the European Union Ministers’ Council, and the UNESCO Memory of the World Register have been realized in the Netherlands, Belgium, South Korea, and China in close collaboration with Superflex. 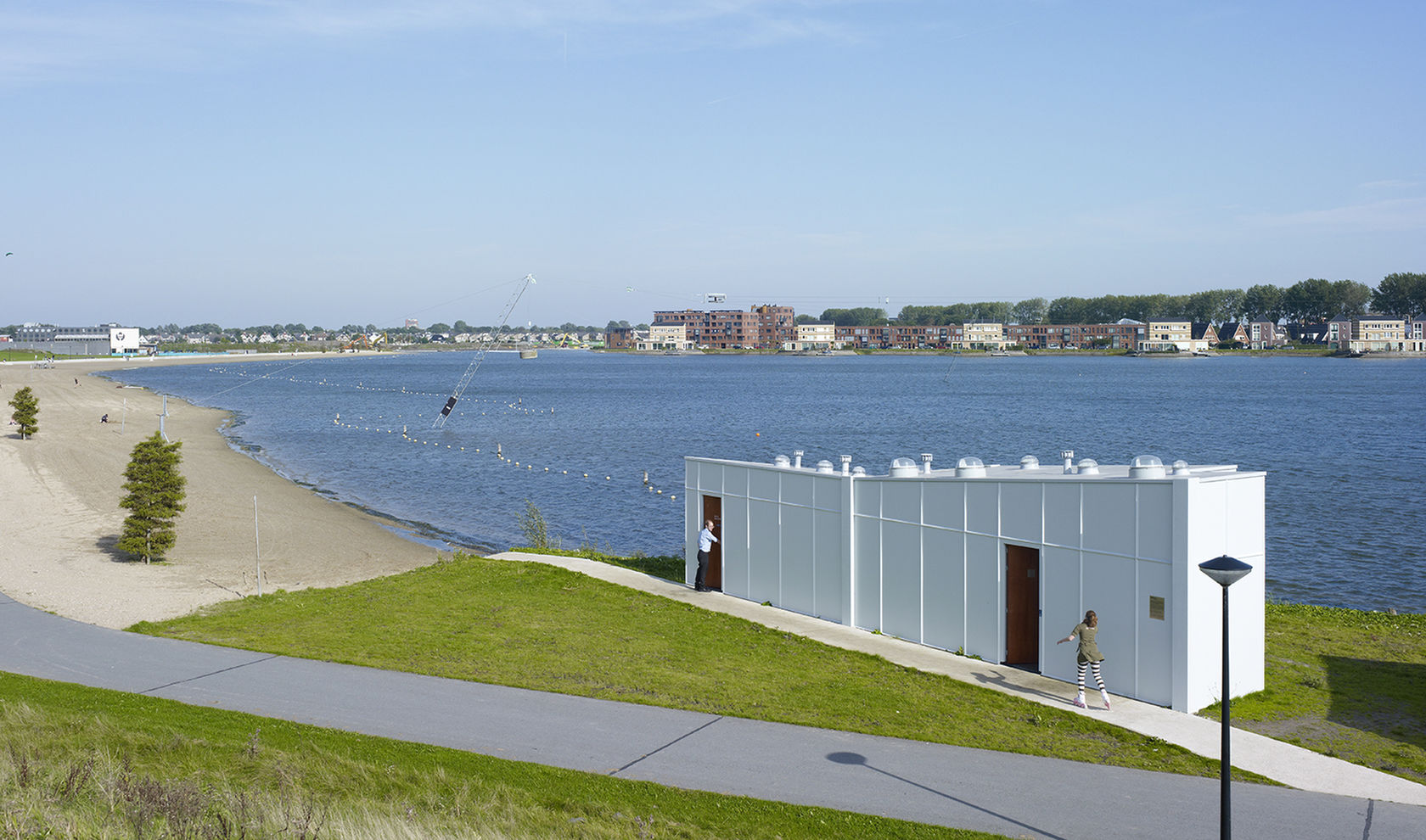 The exterior of the Power Toilets looks incomplete or timeless - like the backside of a stage set. The interior is a copy of the United Nations Security Council toilets in the UN Headquarters building in New York. Furniture and sanitary accessories were rebuilt to every detail, and the same materials and detailing as in the original UN toilets have been applied. The UN represents the power from which individual rights and peace are protected and maintained. Now, bathers and water skiers in the leisure area are free to use the same toilets as the world's most powerful leaders.

Take from the power, give to the people